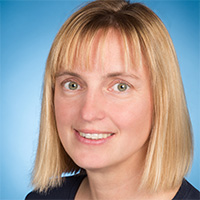 In this talk I will describe two studies based on friendship ties on Facebook. In the first, aggregate county-to-county ties in the United States tell of geographical distance butalso characteristics of the counties and past migrations between them. In the second, we show how college social networks take shape, a process influenced by the type of college and the seasonality of academic life.

Lada leads the Computational Social Science Team at Facebook. Prior to joining Facebook she was an associate professor at the University of Michigan's School of Information and Center for the Study of Complex Systems. Her research interests center on information dynamics in networks. She has received an NSF CAREER award, a University of Michigan Henry Russell award, the 2012 Lagrange Prize in Complex Systems. 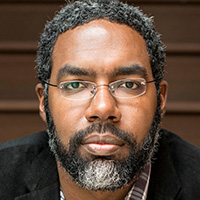 The post-API age presents social media researchers with a critical choice: follow the platforms' increasingly restrictive terms of service, or risk the consequences of violating them. What should we do when the data we are permitted to access do not fulfill our research needs? My talk will describe two forking research paths stemming from the same project: the rule-following path I actually took, and a counterfactual "twilight zone" scenario in which the rules prevented me from conducting my research. The differences between these paths will highlight the implications of researchers' choices in acquiring, analyzing, and publishing with social media data.

Deen Freelon is an associate professor in the UNC School of Media and Journalism who studies social media and other digital technologies with political applications. He has authored or co-authored more than 40 journal articles, book chapters and public reports, in addition to co-editing one scholarly book. An expert in R, Python, and PHP with over 16 years of programming experience, Freelon has written research-grade software applications for a range of computational research purposes. He formerly taught at American University in Washington, D.C. 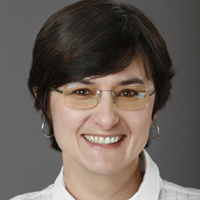 Social data is often heterogeneous ‑ generated by diverse subgroups, each with its own traits and behaviors. The correlations between the traits, outcomes, and how the data is collected, can bias the data and confound analysis. One consequence of bias is Simpson's paradox, in which a population-level trend in aggregate data disappears or reverses when the same data is disaggregated by its underlying subgroups. As a result, models learned on biased data will not generalize correctly to new populations or fail with specific subgroups. Despite these challenges, I argue that data biases have an upside in that their presence reveals important behavioral differences within the population. When correctly identified, biases can be used as a tool for data-driven discovery. I describe recent computational efforts to address this problem, including an algorithm that systematically disaggregates data to identify similarly-behaving subgroups. I illustrate with examples that show how accounting for biases in data can lead to new insights into social behavior, including recognizing the role of bounded rationality in online information diffusion and identifying the impact of cognitive depletion on performance.

Kristina is a Principal Scientist at USC Information Sciences Institute and holds a joint appointment as a Research Associate Professor in the USC Viterbi School of Engineering's Computer Science Department. Her research focuses on applying network- and machine learning-based methods to problems in social computing. 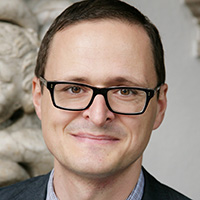 Abstract: Homophily can put minorities in social networks at a disadvantage by restricting their ability to establish links with people from a majority group. This can limit the overall visibility of minorities in the network, and create biases. In this talk, I will show how the visibility of minority groups in social networks is a function of (i) their relative group size and (ii) the presence or absence of homophilic behavior. In addition, the results show that perception biases can emerge in social networks with high homophily or high heterophily and unequal group sizes, and that these effects are highly related to the asymmetric nature of homophily in networks. This work presents a foundation for assessing the visibility of minority groups and corresponding perception biases in social networks in which homophilic or heterophilic behaviour is present. Overall, the talk will motivate and exemplify new research endeveaors on the intersection between computational and social sciences.

Markus is the Professor for Methods and Theories of Computational Social Sciences and Humanities at RWTH Aachen University (Germany), and the Scientific Coordinator for Digital Behavioral Data at GESIS - Leibniz Institute for the Social Sciences. He is interested in applying and developing computational techniques to research challenges on the intersection between computer science and the social sciences / humanities.