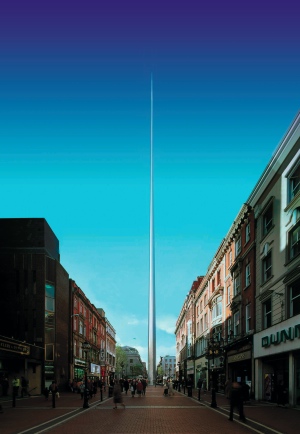 Dublin Airport is located twelve kilometres north of the city centre and is managed by the Dublin Airport Authority. Transport options from the airport are bus, taxi or car. There is no train connection from the airport. For a list of all airlines that fly into and out of Dublin, please visit www.daa.ie. For travelling to the city centre, we would recommend the Aircoach option below.

Bus services include: Airlink - Routes 747 and 748 are express services to and from Dublin Airport, via the central bus station (Busáras) and Connolly and Heuston train stations.

Aircoach - an express luxury coach service serving major hotels in the city centre and south Dublin. *Enjoy a free transfer one way from the airport to the city with The Dublin Pass, a visitor attractions card that includes free admission into thirty attractions as well as over twenty five special offers.

By taxi: Available for hire only at the taxi rank located outside the Arrivals Building. Expect to pay about €50 to get into the city centre from the airport. The structure of the fares consists of an initial charge; a charge for further travel based on either distance travelled or the time elapsed and calculated across three graduated tariffs; a premium at certain times and on certain days; extra charges where applicable. For more information on fare structures see www.taxiregulator.ie.